Propositions are the bearers of truth-values – truth and falsity. Premises express propositions. The kind of knowledge that is involved in assessing an argument for soundness is, therefore, propositional knowledge.

A priori versus A posteriori Knowledge:

From the Greek term skepsis meaning investigation. The sceptic investigates the grounds for believing propositions and finding them doubtful, abstains from judging or believing altogether. That is, the sceptic neither believes nor disbelieves any proposition that cannot be established beyond doubt. Scepticism is to be distinguished from the ordinary incredulity we experience in regard to propositions which are doubtful but where the grounds for doubt can be removed. In its more radical forms, scepticism equates to universal doubt where assent is withheld from every proposition.

A theory or argument is circular if it presupposes the truth what it is required to establish or prove. No pun intended, circularity is a recurring problem in epistemology. 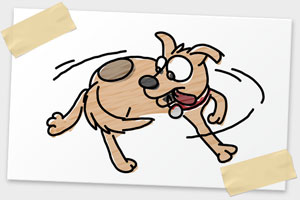 The fundamental categories of being or existence. Ontology is a branch of metaphysics. Metaphysicians are engaged in the task of working out what categories are needed for us to make sense of the world. For example, some metaphysicians include in their ontology categories like ‘substance’ and ‘attribute’ or ‘objects and properties’; some deny that the substance/attribute distinction is coherent. Some include ‘events’ as basic, irreducible entities; others attempt to reduce the category of events to those of objects and properties. Some ontologies include universals or common natures as real entities; others deny the existence of universals.

The view that all knowledge originates from the operation of our sensory or perceptual faculties. Empiricists deny that ideas are innate. At most that the capacity or faculty for acquiring ideas is part of the innate structure of the mind.

The view that all knowledge originates from the operations of reason or the intellect. Rationalists often endorse the idea that at least some of our ideas and the logical apparatus that we use to reason with are innate to the mind. Perception plays a secondary epistemic role: either that of triggering reason to produce knowledge or providing objects for belief and investigation by reason.

The view that knowledge attributions (e.g., ‘S knows that p’) exclude the possibility that p could be false.

In other words, if S knows that p, it is not possible for S to rationally doubt p. Knowledge entails epistemic certainty.

In other words, if S knows that p, it does not follow that S is epistemically certain that p.

The view that all talk of mental states and processes can be analysed in terms of human behaviour or dispositions to behave in certain predictable and observable ways.

Able to be thought about or conceived without incoherence, contradiction or absurdity.

A term that encompasses a range of subjective phenomena including sentience, experience, wakefulness, self-awareness, phenomenal experience where there is something that it is like to experience the world from the point of view of a subject.

The view that mental states should be analysed in terms of their functional roles (cognitive, conceptual and behavioural roles) in explaining the complex capacities of a system.

The view that the mind is identical with the brain or central nervous system.

Deny the possibility of reducing talk about the mind and consciousness to the language of a more basic science.

Rules or standards of correctness that emerge from social interactions among individuals. Errors or mistakes arise when there is a failure to adhere to a norm.

Able to be or exist.

The formal or physical properties of symbols.